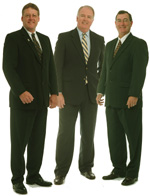 Sometimes you need to consult an expert!

SELLERS MUST PERFORM PURCHASE CONTRACT:  A North Carolina appellate court ruled that buyers were entitled to specific performance after the sellers refused to transfer the property to them. The owners of a lake house entered into a contract with the buyers to sell their home, along with all of its furnishings and boats, but a few days before closing they terminated the purchase agreement. The buyers filed a lawsuit seeking specific performance of the purchase contract. To obtain specific performance, a party must show the existence of a valid contract, its terms, and either the fulfillment of the contract or how the party was ready, willing, and able to perform the terms of the contract - which the court ruled the buyers demonstrated.

Information compiled and summarized by NAR's "Letter of the Law".

Contact us and let's chat about what we can do for you.